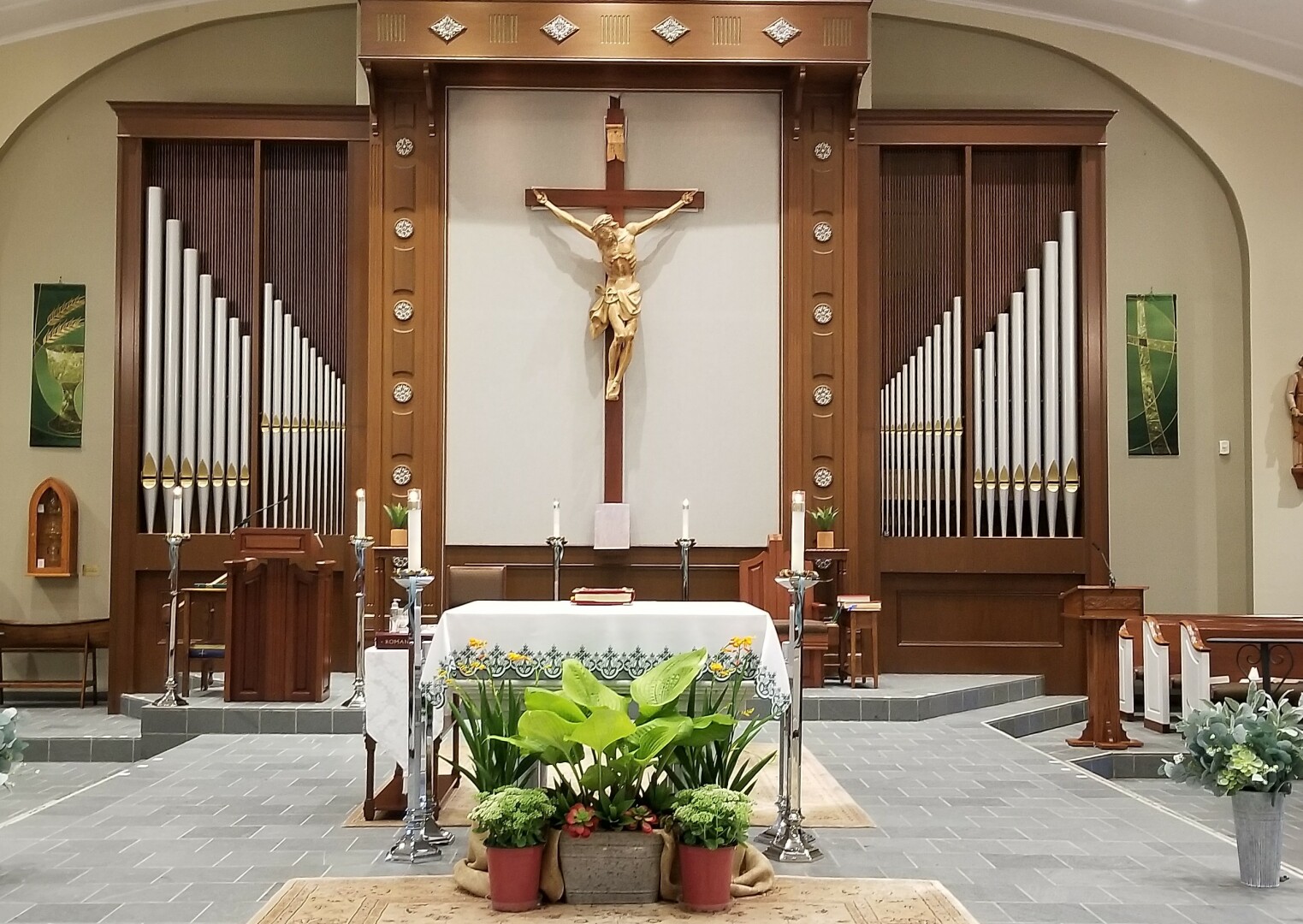 All three Scripture readings today deal with the same question: What is the relation of revealed religion to people who do not accept it? I realize that in phrasing the question this way it may sound very dry and abstract. But each of the sacred authors frames the question in terms of real people and I will try to show how the question is relevant to real people today.

Our first reading comes from the third section of the book of Isaiah. The historical setting is the time after the Babylonian Exile. The Israelites have returned home. They have rebuilt the temple. Some non-Jews are living among them. The question then came up, “Can these non-Jews take part in temple worship?” If they accepted Torah and lived by all its prescriptions, there is no problem. They are converts to Judaism. But what about others who remain Gentiles? Torah says they must be tolerated but not necessarily loved.

So the Israelite community was divided. Some wanted to circle the wagons and avoid any “contamination” by outsiders.

Isaiah was on the other side. He has a vision of all the nations surging to Jerusalem to take part in Temple worship. There was no hint of reaching out to non-Jews but there was a sense of welcoming all who were called by God.

The Jesus story in today’s Gospel is also very human. Jesus was a Jew and He sensed that His mission was to Jews. When he sent the Apostles out on mission He told them not to go into Gentile territory. So here He is on the western border of Galilee. Commentators disagree as to whether He actually crossed the border or whether this woman crossed over into Galilee. It doesn’t matter. Her daughter is ill. She has heard about this Jesus and believed that He could cure her daughter. What mother here, in the same kind of situation, would not do what she did. She was ferocious. She was noisy. She was persistent. Jesus ignores her, at first. His Apostles tell Him He should get rid of her. But Jesus sees something more. He sees that the Father wanted Him to expand His ministry beyond the borders of Israel. We see this expanded vision spelled out after the Resurrection when He tells the Apostles to bring the Good News to the ends of the earth. He realizes, as we must realize, that all people are objects of God’s love. Black, white, green, yellow, red, blue, God loves us all and so we must do the same.

This brings us to St. Paul. In his letter to the Romans, he tells all the Gentiles that they were in sin in not recognizing the existence of the one God. St.  Paul grew up as a totally devoted Jew. Outsiders were anathema. Yet here he calls himself the Apostle to the Gentiles. He argues that the sinfulness of the Gentiles opens them to the mercy of God. It is the sinfulness of the Jewish people in rejecting Jesus as the Messiah that impelled Apostles like Paul to evangelize the Gentile world. But Paul continued to love his own people – to the extent that he says he would risk being condemned to hell if that would lead his Jewish brothers and sisters back to their historical fidelity to God.

What does all this mean for us today? We know there are tensions in our Church. Just as in the time of Isaiah, there are Catholics who would circle the wagons and relish a smaller, purer, sinless Church. At the 2nd Vatican Council, the assembled bishops wrestled with this question and produced the “Pastoral Constitution of the Church in the Modern World.” We are in the world but not of the world. The Church is made up of real people, sinful people. Yet, we are all called to holiness which means we must love one another. Our lives must give witness to this love and let other people be drawn to the God who loves.

May it be said of us today, as it was said of the early Church, “See those Christians, how they love one another.”

There are no comments yet - be the first one to comment: