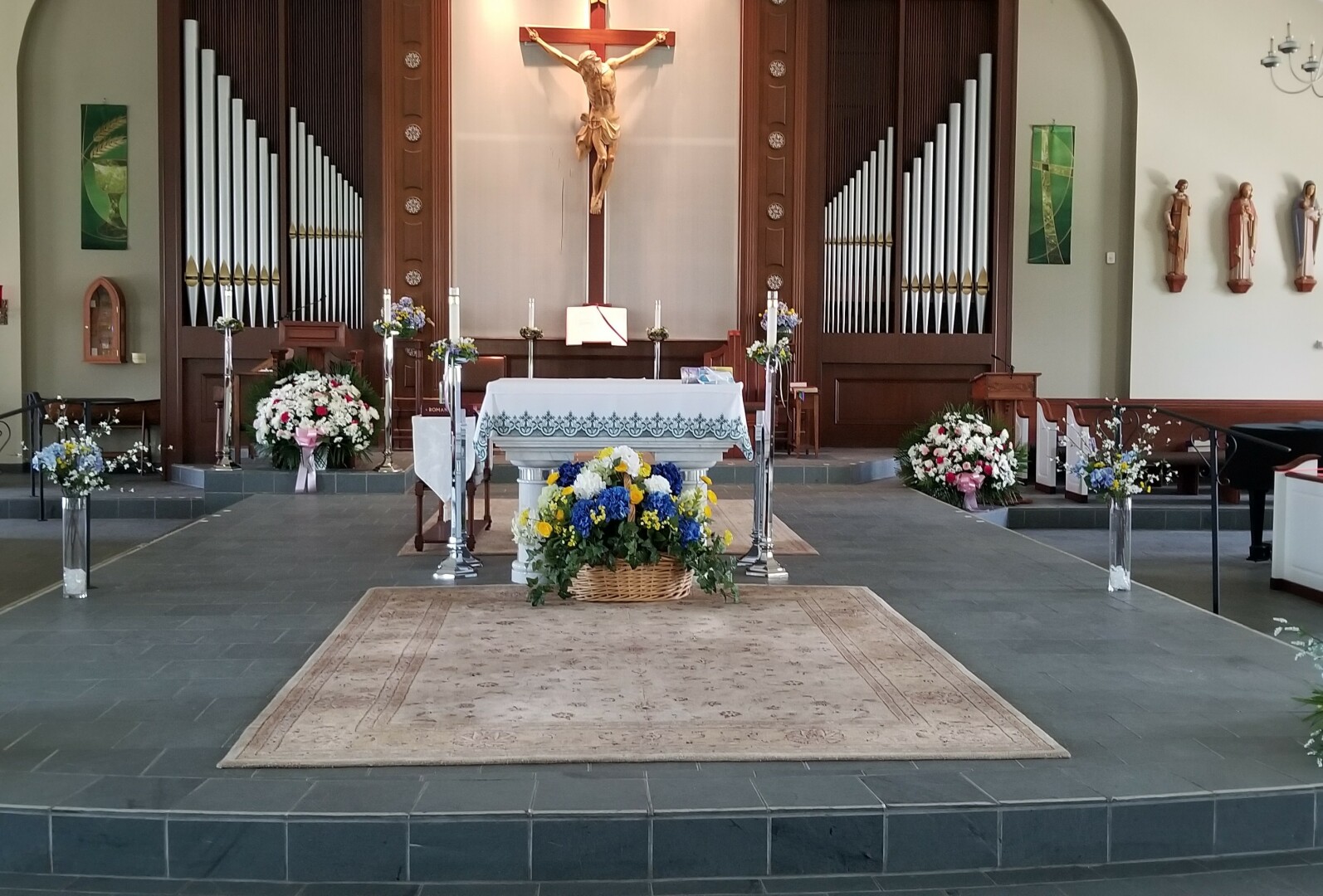 I always liked this Gospel for its psychology. Jesus asks a very disarming question, “What are people saying about me, what do you hear?” After his disciples answer that, he asks a much more serious question, “What about you? Who do you say I am?” Peter answers, “You are the Christ.” Jesus recognizes that this answer comes out of a gift of faith from the Father. So he says to Peter, “You are a rock, and on this rock I will build my church.”

That solid rock of faith is one thing, but is embodied in a very ordinary human being, a man who is rash and impetuous but also prone to weakness. So, perhaps, this is a good day to offer some reflections on St. Peter, on the Church, and on the papacy.

St. Peter was a leader. As we read the Gospels and especially the Acts of the Apostles, we see that the other disciples looked to him. Even St. Paul looked to Peter for approval for his work of evangelization among the Gentiles.

The Church of the Apostles was a very different thing in the early days from what it is today. A few thousand people in Asia Minor has become a global community of many millions people. How do you make a community out of so many disparate people?

As the Church grew in numbers, so did the disagreements grow up about the meaning of Jesus. And so councils were convened to settle disputes. But the center of unity was always the successor of St. Peter as bishop of Rome. Some of these successors were very good men, wise, pastoral in outlook, even holy. Some, however, were very ordinary. Some even looked to the papacy to enrich themselves rather than to serve others. We need only to look at the Borgias in the Middle Ages. By that time the Church had acquired wealth and great properties, the Papal States. The governance of the Church was modeled on the civil government of the Roman Empire and its successors in Europe. It is no wonder that noble families in Europe tried to capture the papacy for their own ends.

So the Church is made up of saints and sinners, some more altruistic than others, others venal and greedy, all tempted by sin. In our own time, this remains true. In my own time, I have experienced very good popes, beginning with Pius XII. Sadly, the papal offices, commonly called “The Vatican,” were also staffed by ordinary human beings, holy at times, sinful at other times.

Up to the time of Vatican II the image of the Church for most people was that of a pyramid with the pope at the top, the Vatican beneath him followed by Cardinals and Bishops, then parish priests and sisters, and finally, at the bottom, the laity. No one was supposed to think, only take orders from the top.

The bishops at Vatican II came up with a different image: the Church is the people of God on a pilgrimage through history to eternity with a loving Father. Each person is called to holiness. Each person has unique gifts, but the gifts are to be shared for the good of all. Every person has dignity and is due respect from everyone else.

Not everyone likes this image. The powerful prefer the pyramid image. Our present Pope, Francis, has used another image: the Church as a field hospital, always tending to the people wounded by sin – and that’s all of us.

Pope Francis has critics who don’t buy his image – or his whole papacy. The public opposition is led by Archbishop Viganó. Viganó’s opposition is undercut by his professed orthodoxy in respect of the papacy while attacking the present pope.

The Church is struggling. The Church is in pain. We are the Church, you and I. We have to help one another. And we all have to answer Jesus’ question, “Who do you say that I am.”